One of the most historically important cities in Romania.

Alba Iulia is a city with a high degree of national importance, having hosted a great number of historical events. Also known as “The Other Capital”, this is where the document which recognised the union between Transylvania and Romania was signed on December 1, 1918. It is here that the “Great Union” took place, the unanimous desideratum of the country’s inhabitants and the motivation behind the Romanians’ political and military actions. In addition to the rich historical baggage, Alba Iulia delights its tourists with the architectural jewels it hosts. 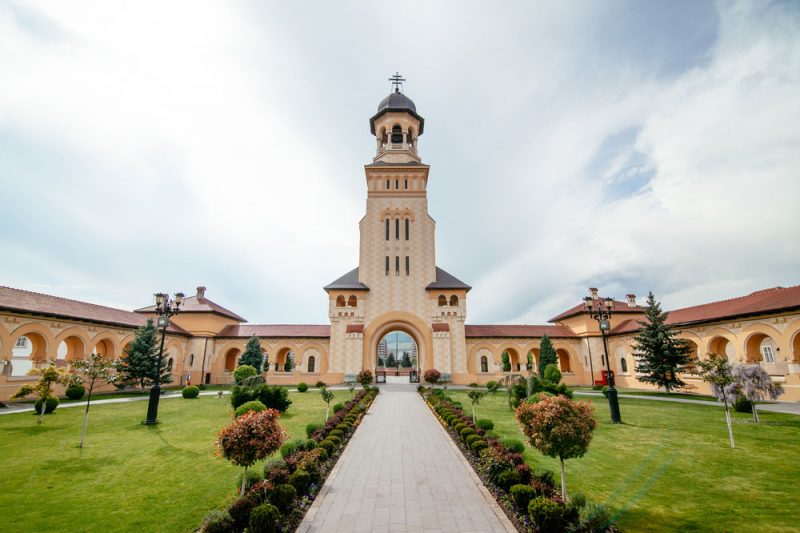 Alba Iulia is one of the first settlements in the country that, during the Roman occupation, carried the name of “Apulum”. During that period, it was the biggest economic and military centre in the area. The Tatar invasions of 1241 destroyed the city, but it was rebuilt when the city became the capital of the Principality of Transylvania between 1542 and 1690. Later, the city becomes a tributary of the Ottoman Empire.

Alba Iulia was the first capital of the three Romanian Provinces (Wallachia, Transylvania and Moldova), rank granted by Michael the Brave (Mihai Viteazu) who laid the foundations of an ideal for which Romanians fought over time. It is here that the Great National Assembly, which was the basis for the realisation of the unitary state, took place on December 1, 1918. This was the moment when the action started three centuries before by Michael the Brave materialised.

In 1928, a general assembly was organised in Alba where over 100,000 citizens were chanting against the government. So, the city has, over time, witnessed effervescent political, historical and social events of hardship.

Let's travel and discover some

The Citadel Alba Carolina is one of the most representative Vauban style establishment in Europe and preserves the historical and cultural testimonies of the events that led to the shaping of the Romanian people. Today, the Citadel covers an area of seventy hectares, half of what was originally assigned, for which many houses in the old town were demolished. A walk through the citadel feels like a journey through time, almost two thousand years ago, where you’ll have the opportunity to pass through the remains of the artefacts of three fortifications from three distinct eras. Every fortress built here, encompasses the old one naming, the camp build by the Romans, the Medieval Fortress and ultimately, The Alba Carolina Citadel. 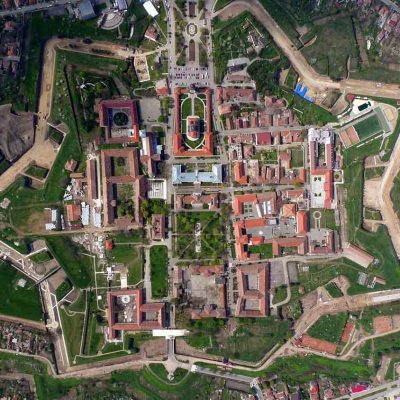 St. Michael’s Cathedral is located within the Alba Carolina Citadel and is a building-symbol of both romanticism and gothic architecture styles from Transylvania. The beautiful dwelling is also the holder of two records naming, the oldest as well as the longest cathedral from Romania – 93m in axis. The masterpiece of the cathedral is the neo-gothic organ musical instrument dating from 1874 when it was rebuilt by the famous organ builder, Kolonics István. The organ occupies the entire surface of the wall, above the entrance, with 2209 tubes arranged in bundles. 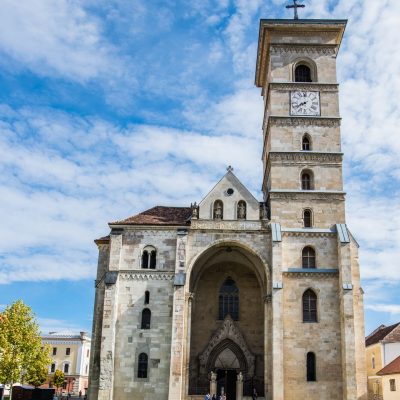 The Horea, Cloșca and Crișan Obelisk

The Horea, Closca and Crisan Obelisk is dedicated to the leaders of the uprising from 1784-1785, where the dissatisfaction of the peasants from Transylvania were expressed, in relation with the feudal oppression. The Obelisk was built in 1937 with the support of locals.  Within the pedestal that supports the obelisk, there is a symbolic cell with the inscription “Humble worship of Horea, Cloşca and Crişan“. 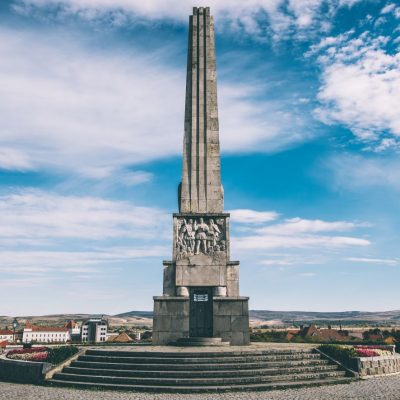 Batthynaeum Library is a branch of the National Library of Romania that contains over fifty thousand books and is an important cultural centre, both nationally and internationally. The international prestige of the Batthynaeum Library is owed to the collection of valuable manuscripts, with 648 works presented in 765 volumes that illustrate a unique history page of both European and Transylvanian culture. The oldest manuscript in the Library`s collection is the Codex Aureus that dates from the ninth century, copied in gold ink, and is appreciated for the exceptional quality of the embellishment of the pages created with polychrome friezes. Moreover, the twelve pages of illustrated biblical cannons highlights the three full-page compositions, the miniature frontispiece as well as the two other pages with decorative writing. 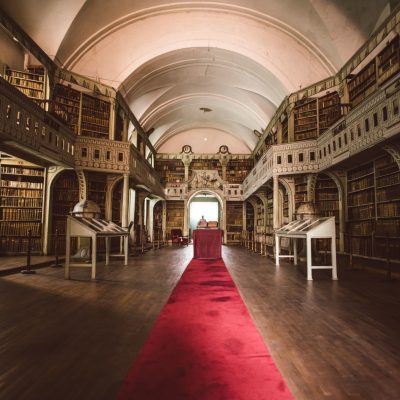 The Cathedral of Reunification, also known as the Cathedral of the Coronation, is popular because of the ceremony between King Ferdinand and Queen Maria from October 15, 1992 when they became sovereigns of Greater Romania. The Cathedral was built between 1921 and 1922 in neo-Romanian style and with Byzantine influence. 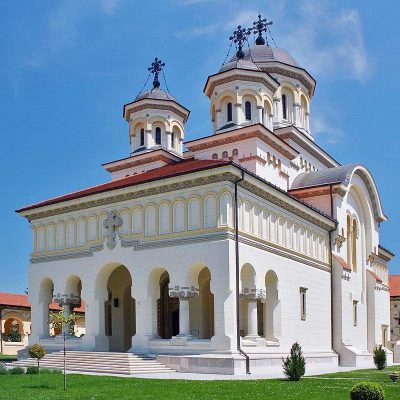 The National Museum of the Union

The National Museum of the Union was built between 1851 and 1853, initially serving as a home and shelter for staff of the Austrian garrison in Alba Iulia, and as the inhabitants were coming from all over the empire, it became known unofficially as the Babylon. Today, the museum contains over 200,000 heritage objects and is divided in three sections, including history, archeology and ethnography. 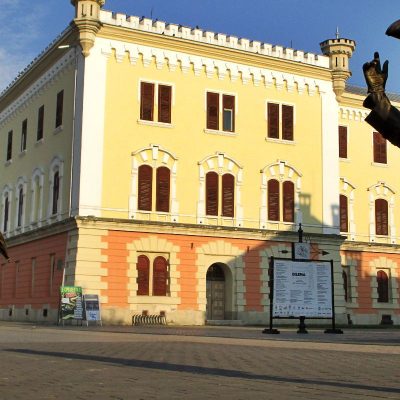 The nearest airport to Alba Iulia is located in Sibiu, 76 km away.

In case you want to travel from Bucharest to Alba Iulia by train, then you should know that the journey takes around 8 hours. From the train station in Alba Iulia you can find daily direct connections to the majority of the cities and places in the country.

If you are looking for a quicker alternative, you can opt to travel by bus or minibus. Here you can find all the information you might need: the location of the bus stations and the stops, the arrival and departure schedules and the destinations.

In case you want to go from Bucharest to Alba Iulia by car the recommended route is: (E81)  Bucharest – Pitești – Râmnicu Vâlcea – Sibiu – Alba Iulia.