The capital of Romania and one of the most exciting cities

Bucharest is the capital of Romania and the most visited city in the country. Its uniqueness is rendered, first of all, by the vastness of the architectural elements. In addition to the cultural and historical spaces as well as established objectives, you will also have many options to spend your free time. Bucharest combines the old and the new in a unique way that attracts two million tourists annually.

The first official historical mention of the city with its contemporary name dates from the Middle Ages, 1459. In short, the historic timeline of the capital can be represented as follows: vassal of the Ottoman Empire, periods under Russian occupation and short discontinuous periods of Habsburg rule.

In 1881 Bucharest became the capital of the Romanian Principalities, after the unification of Moldavia with Wallachia. After the unification of Transylvania with Romania on December 1, 1918, Bucharest became the capital of the entire country. The interwar period was auspicious for the city as it developed culturally and administratively and, during which, it was known as “little Paris“. Between the end of the Second World War and the 1989 revolution, Romania was under the communist regime, time when the face of Bucharest changed dramatically.

Palace of Parliament – is the largest administrative building in the world after the Pentagon, and was built according to brutalist socialist architecture. 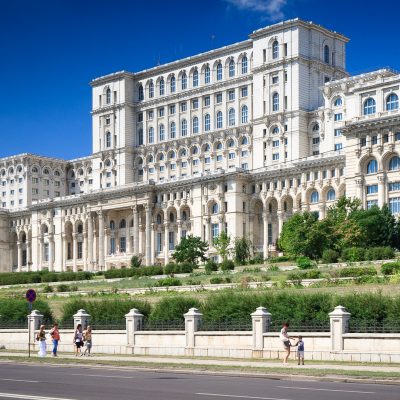 The Romanian Athenaeum – is an emblematic building of Bucharest combining neoclassical and eclectic styles. 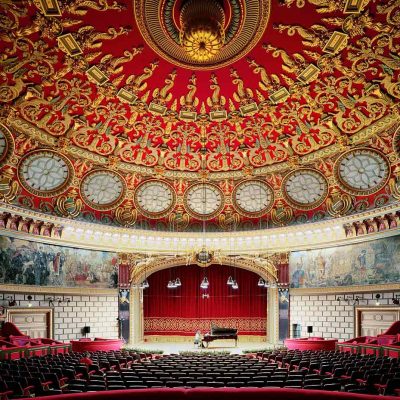 The Arc de Triomphe – is a monument of significance for the Romanian people, being a symbol related to Romania’s victory in the First World War. 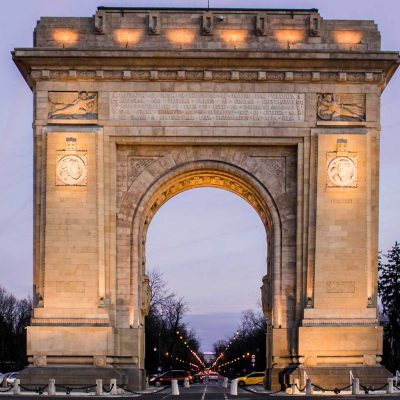 The Museum of the Romanian Peasant

The Museum of the Romanian Peasant – is a museum where popular traditions and national art are displayed. 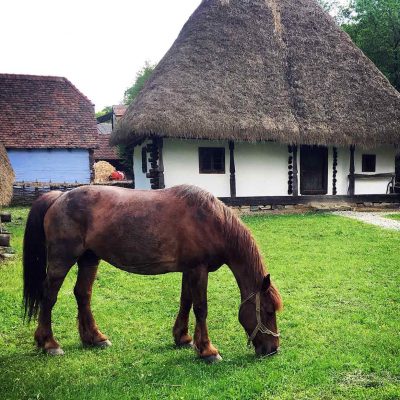 The Grigore Antipa National Museum of Natural History – is the largest museum of its kind in Romania; contains over two million exhibits grouped into various categories such as: zoology and palaeontology. 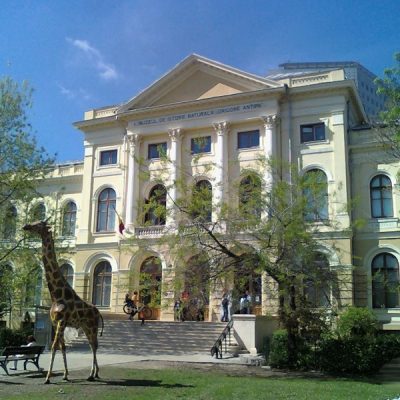 The Old Centre – in the historic centre you will find many tourist attractions, such as: Stavropoleos Monastery, Caru cu Bere, the CEC Palace, the statue of Trajan, the Royal Court. 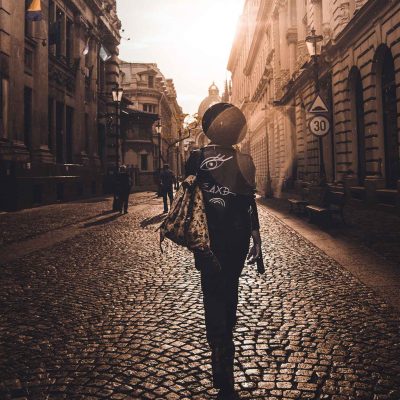 Bucharest has direct connections with most European capitals, as well as with the largest cities in Romania.

For those who are going to rent a car in the country, the following information is really useful:

The capital of Romania represents the most important logistic node in the country, being the starting point of the following national roads and highways to which you can find attached the related routes:

If you want to travel by train around the country the railway tracks of CFR (the national train company) leave Bucharest, reaching all the main cities.

If you prefer a faster option, you can choose to travel by bus / minibus. Here you will find all the necessary information for this: bus stations and bus stops, departure and arrival times, destinations.

Festivals and other attractions in Bucharest

If you like music festivals, in Bucharest you will find one to your taste, regardless of the style of music you prefer. Here you have a list with some of them, but you should know that every weekend there are events for all tastes.

If you are thinking of traveling to Romania and you don't want to miss the most important places, count on our help. We take care of the logistics while you just have to relax and enjoy this wonderful experience.
Contact Us
We use cookies to ensure we offer the best experience on our website. If you continue browsing, we will assume that you agree.OkMore info