One of the most delightful cities in Romania

Sibiu is a medieval multicultural city with a history of over 900 years. From the first contact with the city, you will be captivated by the bohemian atmosphere rendered by the architectural jewels, the tourist attractions and the traditions specific to the area.

We advise you to take a walk through Sibiu to be able to make the most of everything it has to offer. Sibiu is mostly known for its lively streets on which you will see ‘houses with eyes’ and colourful windows. 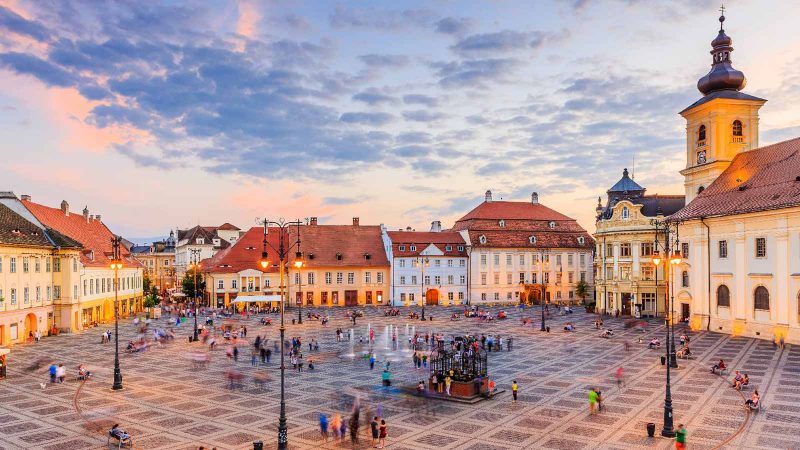 The first documentary attestation of this place was made in 1191 under the name of “Cibinium“, after which it was changed to “Hermannstadt” in 1366. In 1919 the city takes the name it carries to this day, Sibiu. During the medieval period, the city experienced a substantial economic development. During the Ottoman invasions, the fortress proved to be able to defend itself.

During the Habsburg occupation, Sibiu was the capital of Transylvania. Over time, the city has been a true cultural, educational and religious landmark.

The city is located in the central part of Romania, in southeastern Transylvania. It is crossed by the Cibin River and is located in the Sibiu-Săliște Depression, also known as the “Border of Sibiu” (in Romanian language: Mărginimea Sibiului).

Near the city there are the Făgăraș, Cindrel and Lotrului mountains. Sibiu borders the following counties: Mureș to the north, Brașov to the east, Argeș and Vîlcea to the south and Alba to the west.

Brukenthal Museum is a baroque style art museum that opened to the public in 1817 and is considered to be the largest museum in South-Eastern Europe. Brukenthal has a diverse and valuable collection and encompasses the Natural History Museum, History Museum, Pharmacy History Museum as well as the Hunting Weapons and Trophies Museum, and is located right in the Centre of the famous Sibiu.

The Bridge of Lies

The Bridge of Lies is one of the most representative attractions in Sibiu, located in the Small Square. The Bridge is the first cast iron bridge built in Romania; however, the initial construction was made of wood. Although there are countless legends surrounding the bridge, the most famous one refers to the fact that if someone says a lie when is on it, the bridge will collapse. 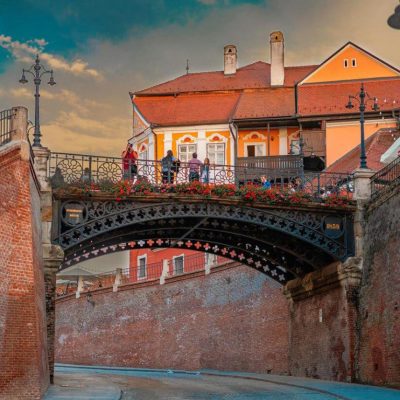 Astra Museum is a representation of the Romanian crafts, traditions and architecture and although some say it is the largest in Europe, for sure it is the largest outdoor museum in Romania with an area of almost one hundred hectares. Astra Museum has a collection of over 300 monuments, from residences and households that are specific to the various areas of Romania, but also schools as well as carved wooden churches. Every Romanian traditional house present in the Astra Museum was deconstructed and conveyed to Sibiu from their original village, then re-built within the museum. 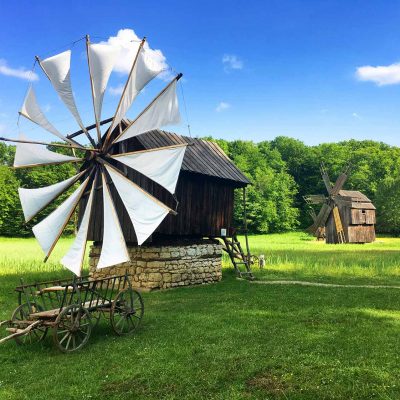 The Council Tower was built in the XIV century and it was initially created for defence purposes until the XV century. Over the years, the tower played various roles from grain storage, observation point, museum and even prison. The tower has seven stories and tourists can visit the interior through a narrow door, then climb all the way up the spiral staircases, where an alluring view over Sibiu appears for a delight to the eye.

Sibiu has an international airport located 5 km away from the city centre. From here, daily trips are made to most European countries. At the same time, if you want to come from Bucharest and vice versa, you can opt for this option, as it is the fastest. The airlines that fly here are: WizzAir, Tarom, Lufthansa, BlueAir.

If you want to come, for example, from Bucharest to Sibiu, you have the option to travel by train. Here you have all the necessary information in this regard.

If you prefer a faster option, you can choose to travel by bus/minibus. Here you will find all the necessary information for this: bus stations and stops, departure and arrival times, destinations.

If you’d like to take a car trip, you can take one of the following routes:

Festivals and other attractions in Sibiu

If you like music festivals, in Sibiu you will find one to your taste, regardless of the style of music you prefer. Here you have a list with some of them, but you should know that every weekend there are events for all tastes.